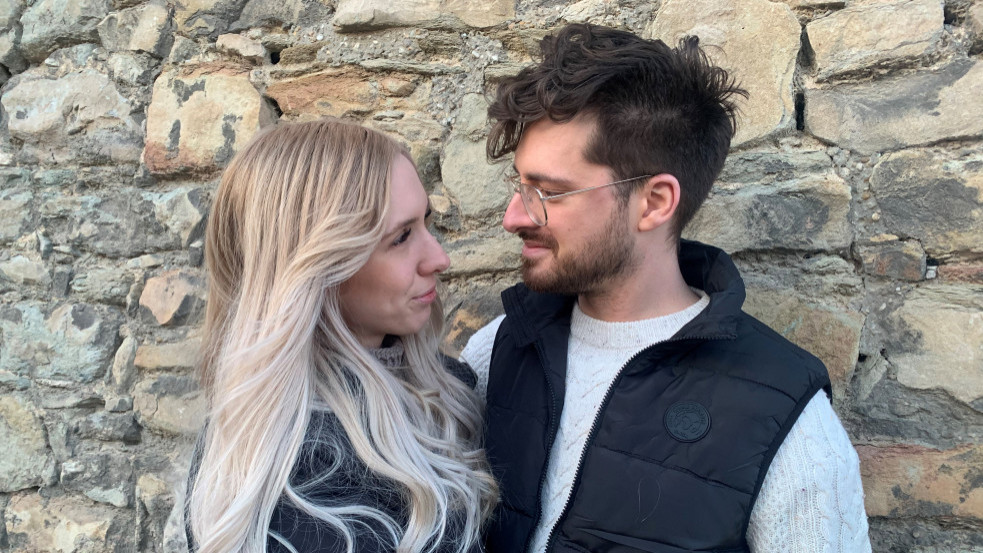 Ex-gay activist: “In ten years they might even kill us for our activism”

Ex-gay activist: “In ten years they might even kill us for our activism”

2022. 12. 01.
"We don't have much time - if we get to the point where it is no longer possible to share that there is an opportunity to change gay identity back, then we won’t be able to even talk about the gospel" - says the 27 years old David Gertner, who left homosexuality after his conversion and today helps people who are not reconciled with their sexual identity.
Marie-Rose Makki / English News Who were the motors of Israel's right-wing turn?

Who were the motors of Israel's right-wing turn?

2022. 11. 23.
The most striking result of the Israeli election was the advance of the party alliance of religious Zionists. There is strong propaganda against the movement in Israel and the Western world, and according to some opinions, they even go further than the European extreme right. Hetek asked two popular Israeli influencers about this, who are the leaders of the organization called The Land of Israel.
Peter Morvay / English News Ex-CIA agent: it is unbelievable how much people share with you, if you just ask questions

Ex-CIA agent: it is unbelievable how much people share with you, if you just ask questions

2022. 11. 16.
Andrew Bustamante participated in special missions as a covert agent for seven years. In 2014, after the birth of her first child, he decided to say goodbye to the action-packed, crazy world of the CIA.
Sara Kulifai / English News From Sexual Brokenness to Freedom: Ken Williams’ Journey Away from Gay

From Sexual Brokenness to Freedom: Ken Williams’ Journey Away from Gay „We are tired of leaders that are great with talk, and weak with action”

„We are tired of leaders that are great with talk, and weak with action” 2022. 09. 16.
She prays the Lord's prayer in Aramaic, believing in Prophet Isaiah's promise of a future Middle East highway and covenant linking Assyria, Egypt and Israel, but she says from more than six thousand years of history that the great powers always follow their own interests. We spoke to the Christian activist, who has been nominated for the Nobel Peace Prize in 2021, at the podcast studio of Hetek.
Morvay Péter / English News Success against the current - Interview with Ilan Srulovicz, CEO of Égard Watches

Success against the current - Interview with Ilan Srulovicz, CEO of Égard Watches

2022. 05. 09.
While corporate giants like Nike or Adidas do not miss any opportunity to promote genter-identity ideology and transgenderism in their ads, one Florida-based company, Égard Watches did the opposite: stood for women, claiming, womanhood is a birthright. We asked Ilan Srulovicz, the CEO of the company, about the story behind the “What Is a Woman” ad, the threats of dehumanization and moral relativism.
Sara Kulifai / English News Päivi Räsänen to Hetek: I will never back down from speaking about the Gospel in public

Päivi Räsänen to Hetek: I will never back down from speaking about the Gospel in public

2022. 04. 01.
Former Finnish Interior Minister Päivi Räsänen has been acquitted of all charges. We asked the Christian MP, accused of discriminating against and hating homosexuals for merely quoting from the Bible, how is she feeling now, what she thought the decision meant to Finnish and other European Christians, and whether she would continue to boldly talk about his in public and on social media in the light of the lawsuit.
Sara Kulifai / English News 2022. 02. 14.
More than 3000 people gathered in front of the Finnish Embassy in Budapest to take a stand for Finnish Christian MP Paivi Rasanen, who is charged of hate speech for merely quoting the words of Apostle Paul from the Bible. Her trial continues on Monday.
Sara Kulifai, Peter Morvay / English News 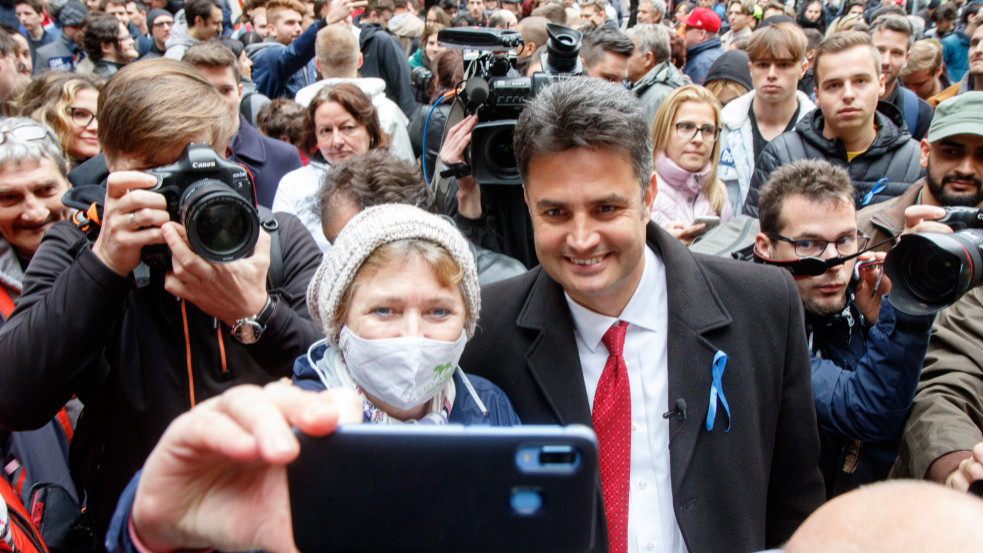 MZP, the prophet of the political ecumenism

MZP, the prophet of the political ecumenism

2021. 11. 26.
The publicist, Róbert Puzsér called him as “dumplings from Somló”, along with the philosopher Miklós Tamás Gáspár who claimed he is mildly homophobic, anti-feminist, and an anti-gipsy candidate. He has seven children, four language certificates, however his American career began as a door-to-door salesman. A biography of Péter Márki-Zay.
László Szabó / English News „If you don’t succeed, the West is dead”

„If you don’t succeed, the West is dead”

2021. 08. 17.
By now, the name of Dennis Prager is intertwined with the media representing conservative ideology. As the totalitarian idea of censorship and the left slowly displaces everything that contradicts it, Prager proclaims Judeo-Christian values as one of the last ideological bastions of the American Right. We asked the mogul about Hungary, faith, nation, and ideological war, at the first MCC Youth Festival.
Surjányi Dávid, Kulifai Sára / English News 2021. 05. 20.
Hungarian demonstrators showed their solidarity with the state of Israel displaying the flags of Hungary and Israel in emblematic areas of Budapest and numerous other cities in the countryside. Thousands followed the online demonstration on Monday, where among others, Israel’s Ambassador to Hungary thanked the Hungarians, mainly Hungarian Christians for taking a stand.
Hetek / English News 2020. 10. 14.
Starting out as an Atheist-Liberal, he became disillusioned with the intolerant Leftism at university. He joined America's most pupolar Conservative organization, PragerU, and today he proudly spreads Conservative Christian values through his videos in front of hundreds of followers. Hetek interviewed Will Witt on the current ideological war going on in the US, and how he is trying to change minds with his activism.
Kulifai Sára, Surjányi Dávid / English News Life and death in our hands: how to deal with sexuality?

Life and death in our hands: how to deal with sexuality? 2020. 04. 23.
Aimen Dean, a former terrorist of al-Qaeda, in his interview for Hetek magazine of Hungary, told how one of the perpetrators of the twin towers attacks had introduced him into his mystical dream long before the attack took place. When Osama bin Laden had come to know this information, he said: the dream will come true.
Surjányi Dávid / English News 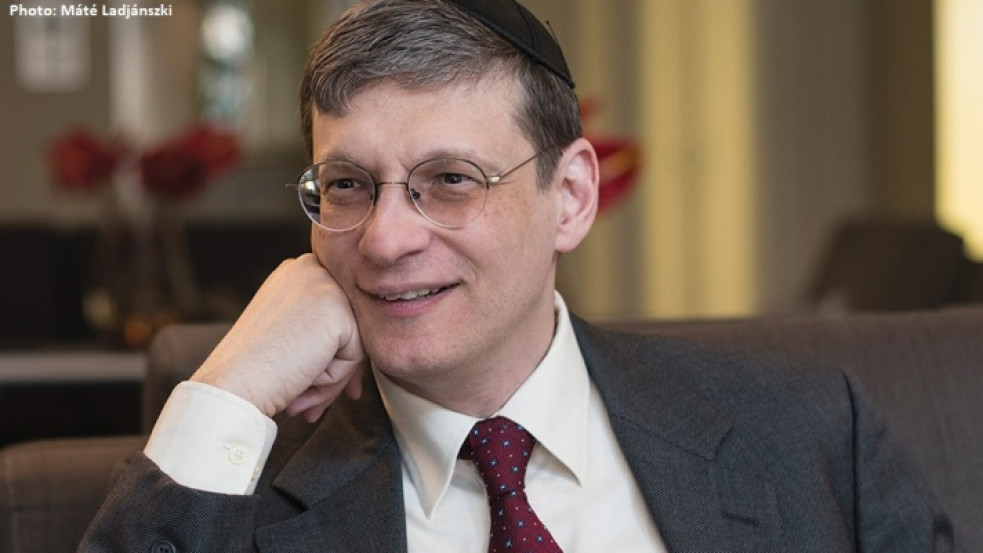 Small Countries Can Save Freedom

Small Countries Can Save Freedom

2020. 04. 23.
The President of the Herzl Institute in Jerusalem is one of the most renowned conservative scientists in the world today. During his short visit to Budapest, he gave an exclusive interview to Hetek, in which he said: the keys to national independence are the love of freedom, having children and a strong national defence.
Morvay Péter / English News