Who were the motors of Israel's right-wing turn?
A generation against the World Peter Morvay / English News
2022. 11. 23.
The most striking result of the Israeli election was the advance of the party alliance of religious Zionists. There is strong propaganda against the movement in Israel and the Western world, and according to some opinions, they even go further than the European extreme right. Hetek asked two popular Israeli influencers about this, who are the leaders of the organization called The Land of Israel.
További részletek
Hírdetés
További részletek
Hírdetés

Evaluating the election results, Rabbi Ari Abramowitz cautiously stated: „I'm not completely happy yet. I feel that the right wing people like myself have been duped many times. They urged us to vote for the right-wing party, and then we got a left-wing government in return. The left has very deep roots in the background state, the deep state, such as the Supreme Court. It's like there's a wall that's meant to stop people from doing their will. There are some people among us who are very happy and walking on clouds but I am not one of them. I feel this is premature.

We have to wait and see what kind of government will be formed, who knows what Benjamin Netanyahu has in mind?

I do not belong to the anti-Netanyahu camp, I recognize his merits as a statesman and all that he has done for Israel but at the same time it must be seen that he is a pragmatist. I am not willing to celebrate before there's something to celebrate” - Abramowitz said.

Jeremy Gimpel, who has hosted a radio show along with Rabbi Ari for years, sees the situation more optimistically: „The stake of the election was where Israel will go next: whether it wants to be a secular state or a Jewish state in the future. I have observed that the more successful and wealthy the nations of the world become, the more secular they become. It is enough to look at Europe or the United States, we see this process everywhere, they forget God more and more. The only nation in the world that as it grows stronger and prospers, becomes more religious and conservative, and the more it wants to be connected to God, is Israel.”

The process has been going on for decades

When asked where this process will lead, Gimpel answered: „Actually, the prophet Ezekiel foretold this, that God will replace the stony heart of people with a living spirit and sprinkle us with clean water. If we are filled with his Spirit then we will be able to walk in God's law and keep his commandments. So even if the whole world is moving in one direction, Israel will still choose the opposite direction. This is our call to go to the other side, just as Abraham left his own idolatrous, cosmopolitan world. Judaism must accept that it is on the other side of the World. We should not care about those who say that this is very primitive, ancient because by standing on this side, we will win a blessing for ourselves, our family and our nation.”

Both Jewish leaders agreed that what we are seeing is part of a process and the recent election was also a kind of expression of what is under the surface, but has been going on for many decades. „It's the recovery process to become who we were” - Gimpel added.

According to Abramowitz, the current situation holds great potential: ‘Provided that Netanyahu can indeed form a government, then for the first time in Israel's history, the country's leadership would consist of a majority of God-fearing Jews, which is an exciting new development. But the election itself showed an encouraging picture of Israeli society, in which direction it has turned. They were content to live under the threat of a 'non-nation', since the Palestinians were only invented in the 20th century and also to have the nations of the world tell us what to do.’

In response to our suggestion that they are already trying to have a Word in the formation of the Israeli government from abroad, for example from the United States they sent a message that relations could be damaged if religious Zionists - in their wording, the ‘far right-wing’ - were allowed into the government, Jeremy Gimpel stated: „It should not be that foreign powers should have a say in what happens in Israel since the people have made their will clear.”

From Bennett to Ben-Gvir

We were also curious about what caused the advance of the religious Zionists and where their supporters came from. Ari Abramowitz began his answer in a surprising direction: „I think Naftali Bennett is the number one reason why religious Zionists have become so powerful. At that time, he founded the Jewish Home party, which was not on the fringes of the right, but further in. As long as this was in place, Ben-Gvir could not cross the parliamentary threshold but then he betrayed his entire voting base when he executed one of the most impudent turns in political history. With this, he stabbed his supporters in the back, who voted for this moderate right-wing, ‘small Kipa’ party. This left no choice to the right of the Likud, thus opening the way for Itamar Ben-Gvir, who has staked his life on regaining Israel for the Jews. He's always on the go, he's on the front lines, he doesn't care what threats he faces.”

Jeremy Gimpel sees that the movement also managed to win over those who previously could not vote because of their age:

„Many of the people living in Judea and Samaria voted for the religious Zionists and also among the young people, not only in the settlements but in the entire country.

This trend is also the opposite of what is happening in the World, where young people are less and less interested in God, and instead turn to liberal culture. There's a joke that if you hear an ambulance siren on the street, it either means that a left-wing voter has died or that a new right-wing voter has been born.”

They want a safe life

We also asked what can be expected if the new force succeeds in validating its program in the government. „In the short term, our goal is to restore law and order in Israel and to end violence against Jewish people. In the long term, we want as much of society as possible to accept the values of the Bible and live according to them” - said Gimpel.

According to Abramowitz, we have to wait to see what the new leaders will do in reality: „Whether it's just words that we hear from them, or whether they will be followed by actions. People expect the police to actually protect them from terrorist threats. Today, we see that many of the terrorists are not punished, but on the contrary, rewarded for what they do.

We expect that the destruction of our vineyards in the Judean hills, in the place of which illegal Arab buildings are being established, will not continue, while no one does anything about it.

People are tired of bloodthirsty terrorists being given land to launch more attacks against us. If they do, this movement will only grow.”

They both agreed that the foreshadowing of the events can be found in the Bible. „The prophet Ezekiel speaks of dry bones as they rise again. First the bones are joined together, then the tendons, flesh and finally the skin grow on them and then comes the breath. I believe that the restoration will pick up where it left off, which is Judea. After Israel split in two, the northern kingdom became much more cosmopolitan, idolatrous and globalist than the southern part of the country, where many tried to cling to God. Today, this modern 'Israelite', secular camp is shrinking as more and more people realize how dark and evil the ultra-left really is” - said Ari Abramowitz.

According to him, the American left-wing Jews are still living in their bubble and they are trying to make the nations love and feel sorry for them for what kind of victims they are.

„I believe this is suicidal, stupid thinking, which unfortunately will only change when the things they fear the most happen.

We see anti-Semitism is on the rise in America, both on the right and on the left. They don't understand that it will become more and more dangerous because they think that the left will see it as their own camp and will protect them in exchange for their support. But that's not how things work: if they get into trouble, it doesn't matter what their liberal merits are. In the same way, Jews on the conservative side experience that there comes a point when they are not considered part of the community. Kanye West helped us realize that there will always be people who will find a reason to hate us. Now they don't even try very hard to hide this behind the sophisticated mask of anti-Israelism. But it helps to purge deception and falsehood from people's hearts.”

Jeremy Gimpel added that those who are liberal, left-wing Jews should not be abandoned either, because „they will also return in the future and we will become one nation. About 80 percent of Jews living in the United States have never been to Israel and do not even know what this land means. They are assimilated Americans, their identity more secular than Jewish. But they have the opportunity to get to know their roots more deeply, the door will always be open to them regardless of what they think or believe. Unfortunately, many of them still completely exclude the whole topic from their interest but this may change in the future.” 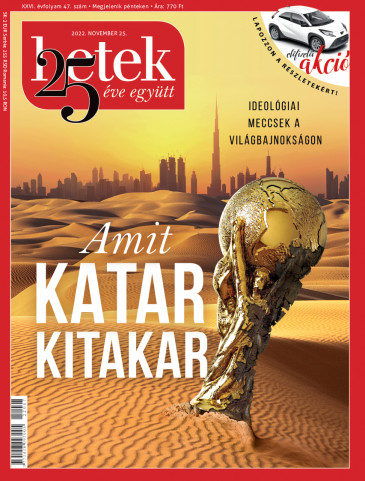