Apollo&#039;s arrows of plague: Impact of epidemics on ancient politics
Epidemics and politics 1. Surjányi Dávid / ONLINE
2020. 04. 09.
Already in ancient times, many powers had to deal with epidemics of greater or lesser intensity, which frequently rewrote the history of a given city, people, or a campaign completely. In view of today’s situation, it is worth reviewing the political impact of the plagues of earlier times.
Hírdetés

In his novel “The Plague” Albert Camus writes “There have been as many plagues in the world as wars. And yet, plagues and wars always find people unprepared”. This is an apt introduction of the issue of epidemics, which, besides their obvious health implications, can lead to drastic political, diplomatic, and even military consequences.

Many sources confirm that one of the earliest and most important records of ancient epidemics, "pestilences", are known from the Bible. In particular, one of the most famous cases can be found in the 10th chapter in the book of Exodus. Researchers believe that the divine punishment of the fifth plague on livestock and of the sixth plague – i.e. boils on human skin, may have been carried out by the spread of a virus, which the insects from previous strikes may have spread. It is no coincidence that in the Hellenic-Roman historiography (e.g. by Thucydides and Strabon) the ancient black death was considered to be of Southern Egyptian, Ethiopian or Nubian origin.

Although archeology has not helped much in the research of the event so far; according to Scripture the plagues generated a very serious political turn: the temporary but severe crisis of Egyptian neo-imperial civilization and the liberation of the Israelites led directly to the conquest of Canaan and the establishment of state of Hebrews - later known as the Holy Land - in the Eastern Mediterranean area.

Science, lacking the spiritual point of view, also explains the plague on the Philistines recorded in the 1st book of Samuel in a technical way. The Canaanite people, who abducted the ark, suffered a severe blow no matter where they carried the sacred object of the Israelites, and when they were sent back to Israel, along with their religious objects, many died there too. According to a deeply doubted theory, the form of the spread refers to Yersinia pestis, which is the main pathogen of the disease that has caused enormous destruction in later millennia: the bubonic plague. In any case, the incident marked a major milestone in the conflict between the Israelites and the Philistines.

According to the case in the 37th chapter of the book of Isaiah, the God of Israel sent an angel against the Assyrian army who attacked his chosen people, marching into Judah during the Egyptian campaign of Assyrian King (around 695 BC). The angel exterminated 185,000 members of the camp overnight — some researchers say that a devastatingly fast-spreading plague swept through the Assyrians (the plague even mentioned in the Bible that was revered and feared as the deity Erra or Nergal). An Egyptian priest named Sethos, according to Herodotus, had a dream in which mice (typical hosts of infection) invaded the enemy forces in defense of Egypt. The siege of the Assyrian king, of course, ended unsuccessfully because of the scourge.

The fall of Athens

We can find a story of a deadly threat even in the Greek mythology - in the Iliad Homer captured Apollo's arrows which were deadly on both animals and humans. From an epidemiological point of view, we can obtain more specific information about the epidemics of later ages. In his work on the Peloponnesian war, Thucydides discusses the consequences of the Plague of Athens. Since then, a number of studies have disputed exactly what the spread of the disease was. According to the latest data one of the causes that might have devastated and thirded the population of Athens was Ebola or typhoid.

During an epidemic that occurred between 430 and 429 BC and again between 427 and 426 BC Pericles himself was lost. The Athenian army lost its leader and a significant number of its soldiers, so the war was eventually lost. Beyond defeat, and the hundreds of thousands of casualties, the public life of Athens descended into chaos, then the action of the armed forces led to establish a more centralized power instead of the democracy of Pericles.

Thucydides, recovering from the disease, wrote: "People have been getting bold in openly engaging in previously hidden delights, seeing how luck changes fast and how the rich die instantly, and how people, who were until then completely penniless, sit on their goods... No one was held back by either fear of the gods or human law,” as the people felt the gods had switched to the side of Sparta and the wrath of Apollo (who is also the god of the plague) was upon them. The sanctuaries were flooded with sick and dead bodies.

The leadership of the city-state sought to restore order and enslaved those of false citizenship. This further reduced the supply of the army whose morale was already in ruins. It resulted in the final defeat by Sparta and so the city-state of ancient Greece as a superpower lost its status and his position as great marine power.

This had made a perfect setup for Macedonia to emerge in the Greek world, which has radically defined the history and the culture of Europe.

The tribulations of Rome

Also, in Rome the son of the Greek Apollo, i.e. the god Asclepius, was called to help during the plague. Under Emperor Nero, a more serious epidemic was recorded, which, according to Suetonius and Tacitus, claimed at least 30,000 casualties in the city of Rome in 65 AC. - a year after burning down the city and performing mass persecution of Christians. Soon an uprising broke out against his tyrannical power and he was forced to flee the city. He died in 68 outside the capital.

However, Rome was much more shaken by the plague brought home from the successful Parthian campaign between 161–166 AC and spread after the operation in Seleucia, resulting in enormous destruction during the time of the philosopher emperor Marcus Aurelius Antonius. The plague that was also referred to after the emperor as Antonius epidemic took also the life of Lucius Verus, the co-emperor.  The epidemic raged between 165 and 180, destroying at least 20 percent of the population, while the borders of the empire were constantly attacked by barbarian tribes (The Marcomanni, the Quadi, etc.) of which defense costs were so high that they could only cover them by auctioning the imperial treasury.

The epidemic had a tremendous impact on the empire’s economy and trade. The trade to India suffered an irreparable damage while the trade to the Far East also declined significantly. Moreover, the epidemic somehow reached China and caused enormous damage there during the Han Dynasty as well.

In 180 the emperor himself on his deathbed asked to mourn not for him but for the masses falling from the pestilence. In Italy and many provinces entire cities became depopulated. According to many researchers the epidemic proved to be a lasting blow to the ancient world and ended a relatively peaceful period in the history of Rome.

The next ordeal hit Rome between 249 and 262 AC. The Plague of Cyprian (named after Saint Cyprian due to his description of it) contributed significantly to the imperial crisis in the 3rd century. The probable smallpox epidemic took even emperors - five thousand died daily in the capital and more than 60 percent of the population in Alexandria lost their lives. The weakened empire was further ravaged by ongoing barbaric attacks and internal civil wars causing supply problems, production crises and famine in many places. All this has just been exacerbated by the climate change, which has manifested itself in extreme weather conditions. Although Diocletian's takeover of the chaotic period ended somewhat in 284, the empire never regained its former strength.

Attila is stopped by the plague

The Hun Empire - with its king leading the way, clashed with the Western Roman Empire in the Battle of Catalaunum in 451 AC. The battle was not really won by either side since both sides suffered heavy losses.

The Hun king was unable to succeed in his campaign partly because pestilence struck his army and so the capacity of it was greatly degraded.

Although Attila’s achievements and the significance of his campaigns are somewhat nuanced by contemporary historians, the one at Catalaunum is considered to be one of the most significant battles in world’s history. It encouraged Attila to go on a campaign against Italy the following year. However, his advancement was also halted by an epidemic, which killed nearly 100,000 fighters and so the operations failed. He was forced to make a truce, during which he met the pope. The retreating Attila soon died and his empire collapsed.

Although Ancient Times ended in 476 AC, many historians believe that one of the turning points of it and of the Middle Ages was the plague that broke out during the reign of Emperor Justinian 541-542 AC (rearing its head many times until 720).

The pandemic claimed at least 25 million but according to some estimates somewhere around 100 million victims. The most severe epidemic to that date hit the center of the Eastern Roman Empire, Constantinople the hardest, where 10,000 people died every day. The disease has reached the rural areas of the empire, most of the port cities of the Mediterranean region but also the Sasanian (Persian) Empire. According to historian Procopios "no one could escape its harmful effects. Nowhere, not even in the most secluded corner of the known world could people escape from it."

Mass deaths have resulted in huge tax shortfalls in the central budget ruining trade and agriculture. In several areas, depopulation has led to locust invasion. Numerous sources confirm that the superstitious emperor, who himself caught the disease but recovered from it, contributed to the spread of the epidemic being against science.

The enormous significance of the epidemic in the geopolitics was that it prevented the realization of Emperor Justinian’s dream, i.e. uniting the classical Roman Empire (western and eastern territories). Its armies, which had almost conquered all of Italy following the Western Mediterranean area, had weakened to such an extent that the Goths, and later the Lombards could makie advantage of it undermining the reunification efforts. Pope Pelagius II also fell victim to the plague in 604.

In some cases, however, the plague provided some protection for the emperor — the Persian conquest was undermined by the spread of the epidemic, but Justinian’s counter-campaign to occupy Persia also proved unsuccessful.

According to some historians, in addition to the migration caused by the Huns, the epidemic also forced the Anglo-Saxons to settle in Britain, which definitively determined the history of the future Britain alongside with the Germanic linguistic and cultural influence. The British-Celtic-Roman culture of that time underwent a significant transformation with the united Germanic, Saxon and Jute-Germanic tribes taking control of the southern and eastern regions of Britain. They founded the Kingdom of England and half of the modern English language also dates from this time.

it was during this period that Christianity and administration also spread in a more modern sense on the islands. But, of course, only after they had introduced the plague on the islands causing considerable devastation to the population.

(In the following article, we will examine the political implications of black death in the medieval times.)

In collaboration with Árpád Kulcsár historian 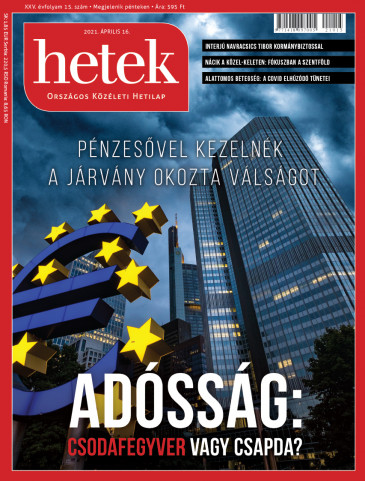